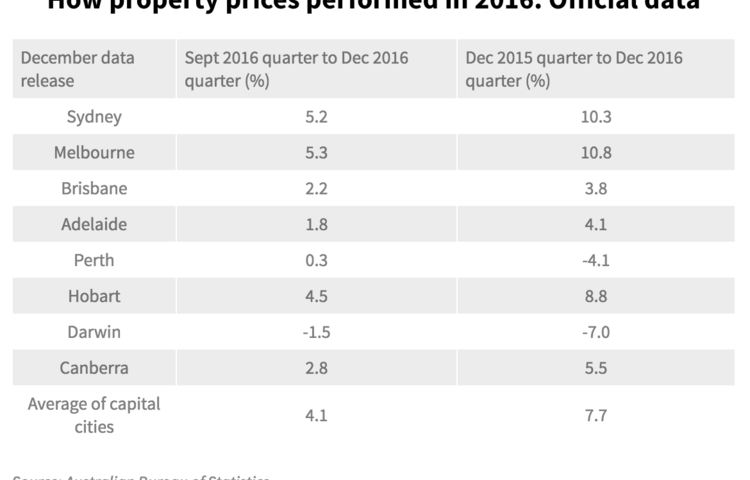 Speculation about a housing bubble is likely to heat up even further, with Sydney and Melbourne property prices up 5.2 per cent and 5.3 per cent respectively over the three months to December, official data released on Tuesday shows.

Brisbane real estate prices rose 2.2 per cent, and in Perth they were up 0.3 per cent, according to Australian Bureau of Statistics data recorded for the last quarter of 2016.

Across all the capital cities, growth was up 4.1 per cent, making it the strongest quarterly growth recorded since the June 2015 result.

These results were a clear sign the “threats in Sydney and Melbourne are steadily rising”, AMP Capital chief economist Shane Oliver said, although he declined to describe the market as a bubble.

With “ridiculous” prices in Sydney and Melbourne, he expected they would slow this year. But if they did not, he warned that it was likely the regulators would step in to cool investor activity.

Authorities, including the Reserve Bank, have been increasingly concerned about overheating house prices during March.

ASIC chairman Greg Medcraft recently described the Melbourne and Sydney housing markets as being “a bubble”.

And Australian Prudential Regulation Authority chairman Wayne Byres warned of a “heightened risk” in these markets but would not use the “b-word” to describe them. It’s unclear whether action will be taken by the regulator to cool the market.

Property prices were up 10.3 per cent in Sydney and 10.8 per cent in Melbourne during the December 2016 quarter when compared with the corresponding period of the previous year.

But Domain Group chief economist Andrew Wilson said this annualised figure was coming off a low base that skewed it upwards.

In December 2015, the ABS found property prices falling in Sydney for the first time in three years, and soft growth for Melbourne. Property prices slumped again in Sydney during the March quarter.

For many, this signalled the end of four years of booming property prices in Australia’s eastern capital cities.

But prices picked up over the September quarter – Sydney and Melbourne jumped 2.6 per cent and 2.1 per cent respectively. This pushed Sydney into its fifth year of price growth.

Diaswati Mardiasmo, national research manager at PRDnationwide, said there had been strong growth in Sydney, Melbourne and Brisbane this year.

But there has also been an “air of cautiousness” – home buyers and sellers are concerned about how far prices can rise “before a correction occurs”.

“The issue is that even if a correction does happen it’s not the doom and gloom that people are expecting, in the sense that it will mean things will go back to ‘normal’ … level of growth,” Dr Mardiasmo said.

“So overall for Sydney and Melbourne, think there will still be growth, however perhaps not at the speed that we have seen over the past two years and Brisbane will continue at its current speed.”

She anticipated there would be more interstate investing activity, including a growing interest in the metro-regional areas where infrastructure projects are on the cards.

AllenWargent buyers’ agent and market commentator Pete Wargent said market forecasts ranged from 1.6 per cent to 4.1 per cent for the December quarter.

This meant the ABS result was not unexpected and was in line with conditions being experienced by property professionals in the market.

“The new year seems to have started at a brisk pace with Sydney and Melbourne leading the way again,” Mr Wargent said. 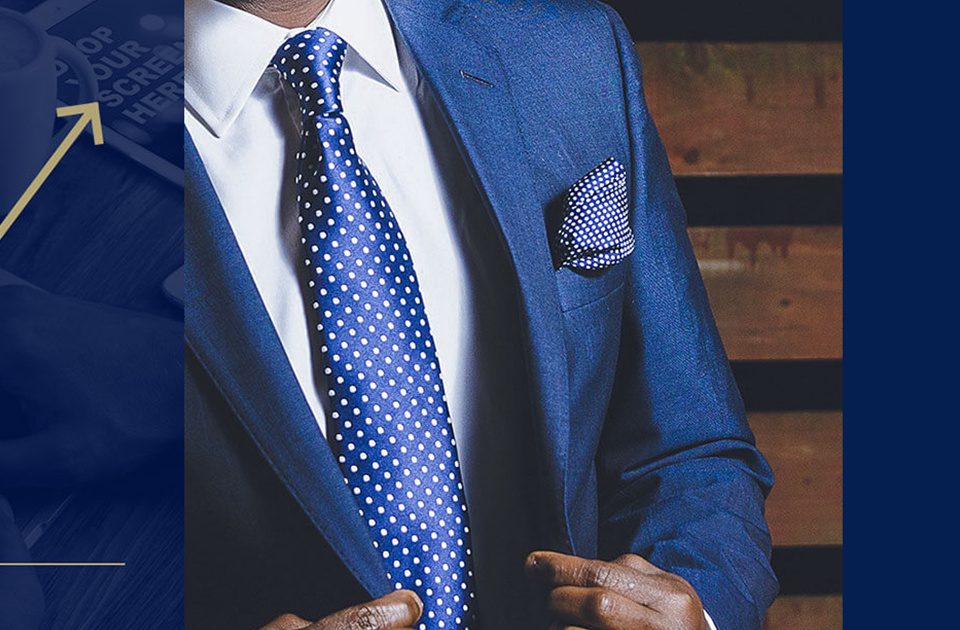 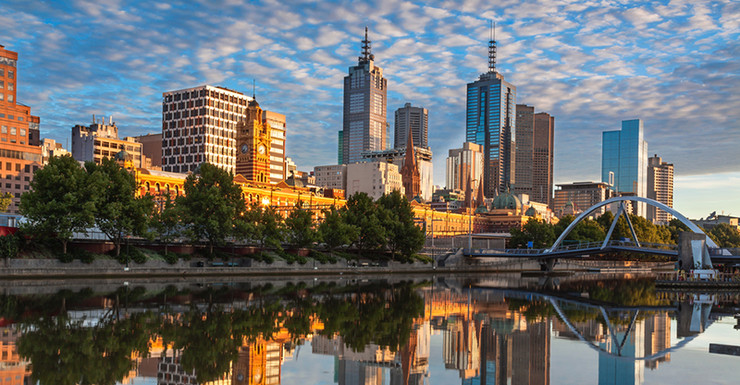